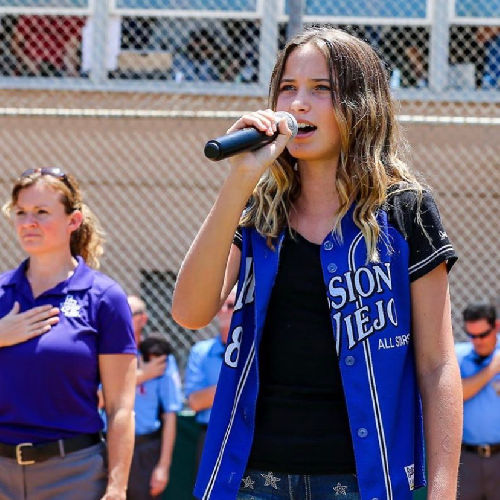 Grace Meredith is a 14-year-old COA Performer who lives in Mission Viejo and has had the honor of singing the National Anthem at multiple sports venues in Orange County.
Since age 7, she was the lead vocalist in her 1 st band and currently is lead vocalist & plays guitar in the pop-rock band Teenage Noise. She plays 3 other instruments, is a songwriter, has starred in many musicals and appeared in film & tv productions.
instagram@teenagenoiseband
www.teenagenoise.com