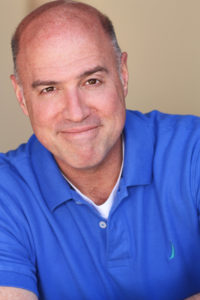 Robert began acting in the early eighties when he still could blow-dry his hair. He has been involved with the San Clemente High School Drama program for 15 years. Robert continues to be active in acting.

Away from his main career as a Certified Financial Planning® professional, he is a commercial actor represented by Coast to Coast Talent Agency. You might have seen him in commercials for McDonalds, Sony, Geico and several more. He has studied improv at various schools including Second City and IO-West. He enjoys singing and different types of dancing. He serves as the chairperson and emcee for the Stars of Tomorrow Vocal Competition.

He has been married to his wife, Sandra, for over thirty years, and is a proud father of three kids, Crosby, Noah and Cassidy.