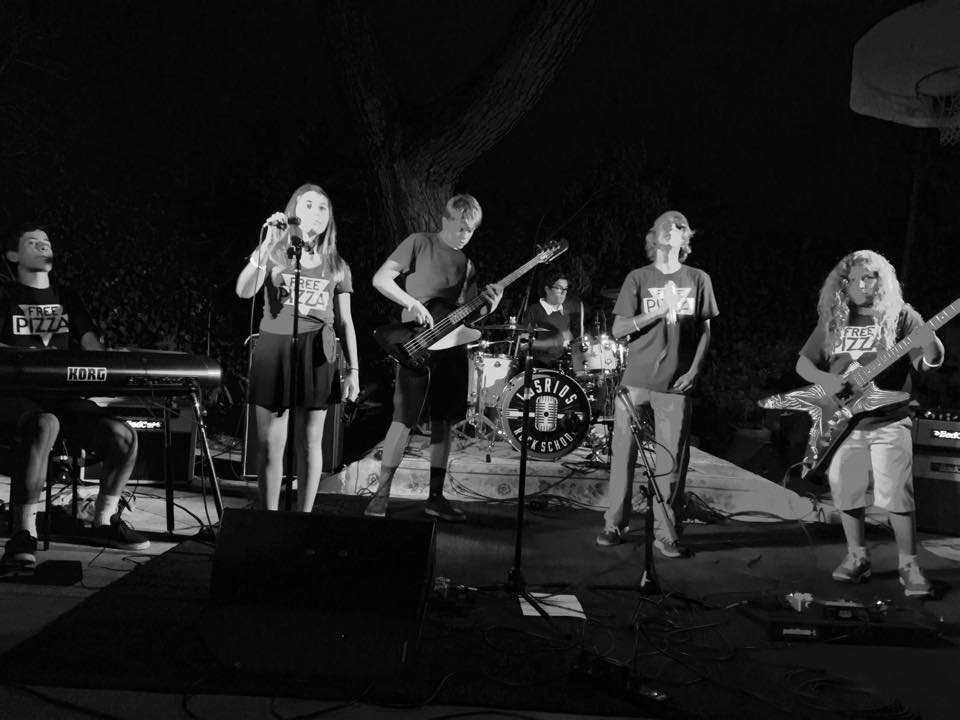 Come rock out with these local band members at our COA Concert,  opened by The Taco Truck (no, not an actual taco truck). We promise these bands will be just as awesome as the food.

Both Free Pizza and The Taco Truck are made up of talented artists from the Los Rios Rock School. Free Pizza has been playing together for over a year now but has already appeared at several venues, including Coach House, Stillwater, Di Piazza in Long Beach and a handful of Relay for Life cancer events. Free Pizza originated out of Los Rios Rock School, starting with Ian, 12, and Trevor, 13, who brought the gang together. Having wanted to start their own band, Ian and Trevor recruited Nick, 15, Bella, 12, and Alex and Connor, both 14. Together, Free Pizza, most of them in middle school, won Battle of the Bands at St. Ann’s in Laguna Niguel.

Two summers ago, Ian lost his brother Damon Allen Stanley to a heroin overdose on August 20th. In memory of him, Ian played the next day with the Los Rios Rock School at The House of Blues and dedicated a song to him. Check out this video to see Ian rock out for his brother. Having grown up with his brother’s struggle with addiction, Ian hopes through his music to promote sober and healthy living. We’re excited to have Ian supporting our cause in remembrance of his brother by playing with Free Pizza at the COA Venue.

Join us for Free Pizza and The Taco Truck (but don’t come hungry – our band members are for listening). We’d love for you to come and support the COA effort, providing healthy activities for those choosing a healthy and sober lifestyle. 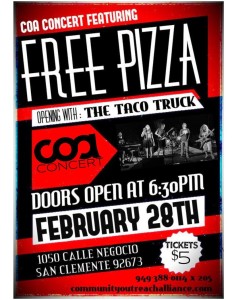 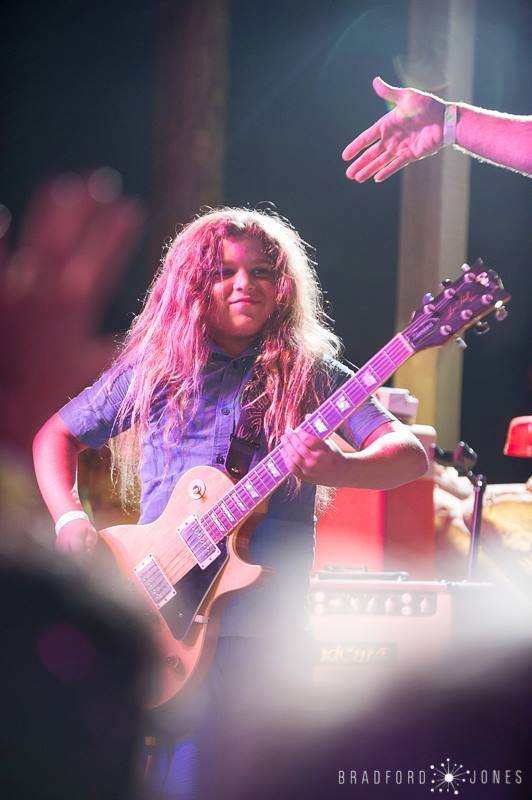 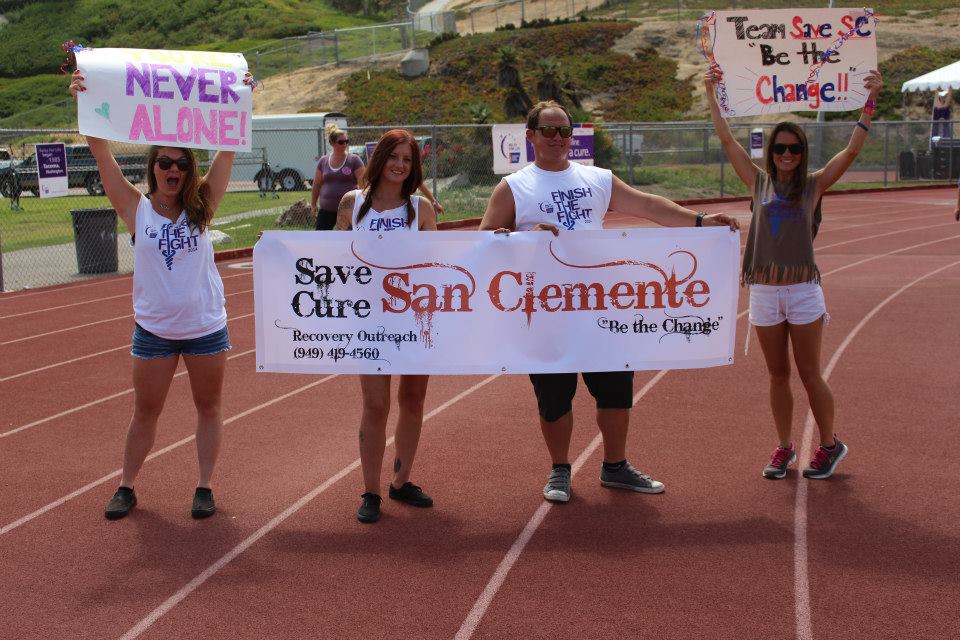